In celebration of British Science Week 2022, we took part in a range of engaging activities to inspire us to think about science in the world around us. Throughout the week, children had the opportunity to carry out practical investigations and showcase their brilliant learning. They worked hard to discover answers to scientific questions and present their findings in unique and innovative ways, and of course there were many ‘wow’ moments seeing science in action! Here is a glimpse of the exciting things we have been up to: 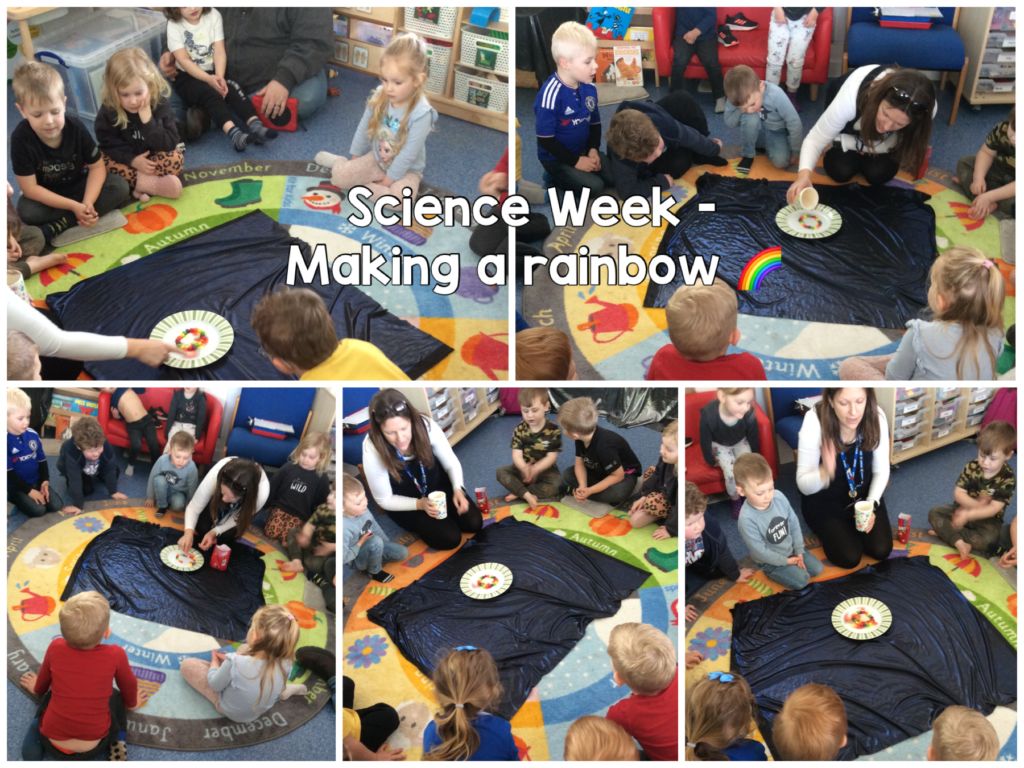 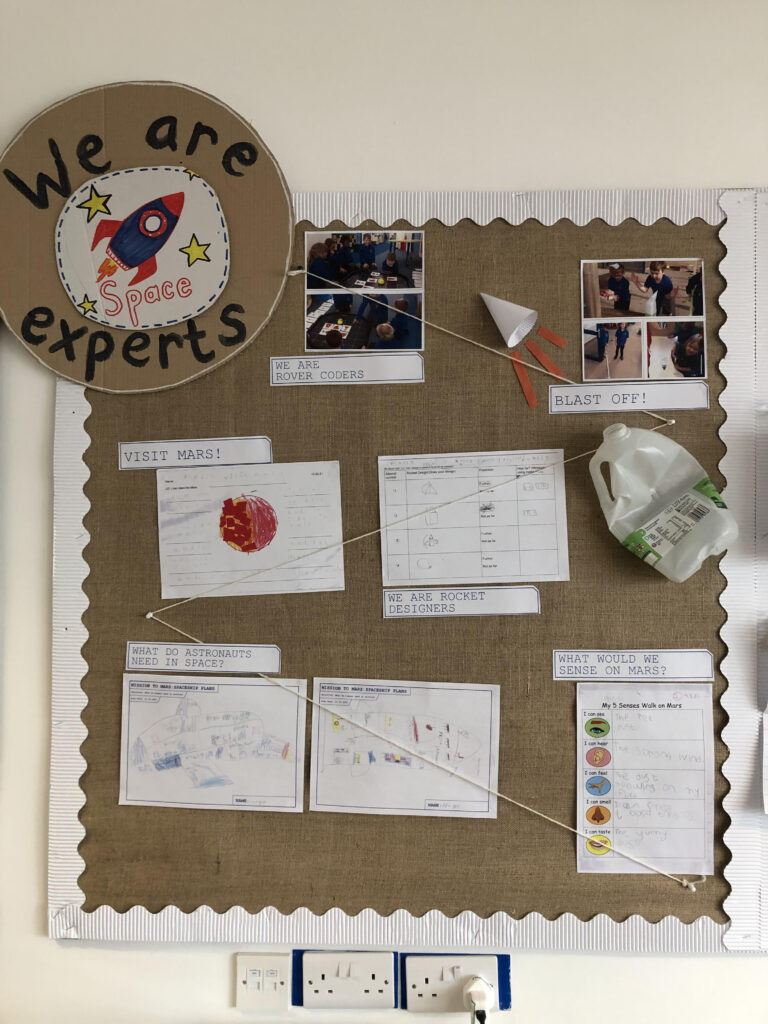 We began the week thinking about our bodies and our senses and linking these to travelling through space to Mars. We imagined what it might feel, smell and taste like on Mars and what we might hear and see based upon what we know about the planet. We discovered that Mars probably smells like rotten eggs!

We began to learn the names of the planets and the concept of our solar system. We decorated cardboard cut-outs in relative sizes to represent the planets and then used our feet to measure out relative distances between the planets in steps. We were surprised at how close together and close to the sun Mercury, Venus, Earth and Mars are compared to the distant Uranus and Neptune.

We watched the launch of NASA’s perseverance rover and then carried out experiments using various plastic bottles to launch our own cone-shaped ‘mouse-rockets’ into the air. We made predictions about which bottles we thought would make the rocket go further and were surprised that the 2 litre fizzy drink bottle made the rocket travel further than the 6 pint (3.4l) milk bottle. We carried out the experiment with the same bottles 3 times and found the same results. We concluded that the shape of the bottle must have an effect.

We looked closely at the images the rover has sent back to imagine what it might be like to go on holiday to Mars. We created our own holiday booklets and posters for Mars and designed rockets that would meet all of our needs to take us there in comfort. We listened to Gustav Holst’s ‘Mars’ and choreographed and showcased a short series of movements to express what we could hear. Finally, we finished the week by understanding how no human had actually been on Mars and that NASA had to program their Perseverance rover to land safely and avoid hazards. We then had a go ourselves, programming first a Mr Cook-bot with short algorithms to navigate various hazards on the carpet and then had a go at programming similar instructions to both the online and real Bee-Bots. 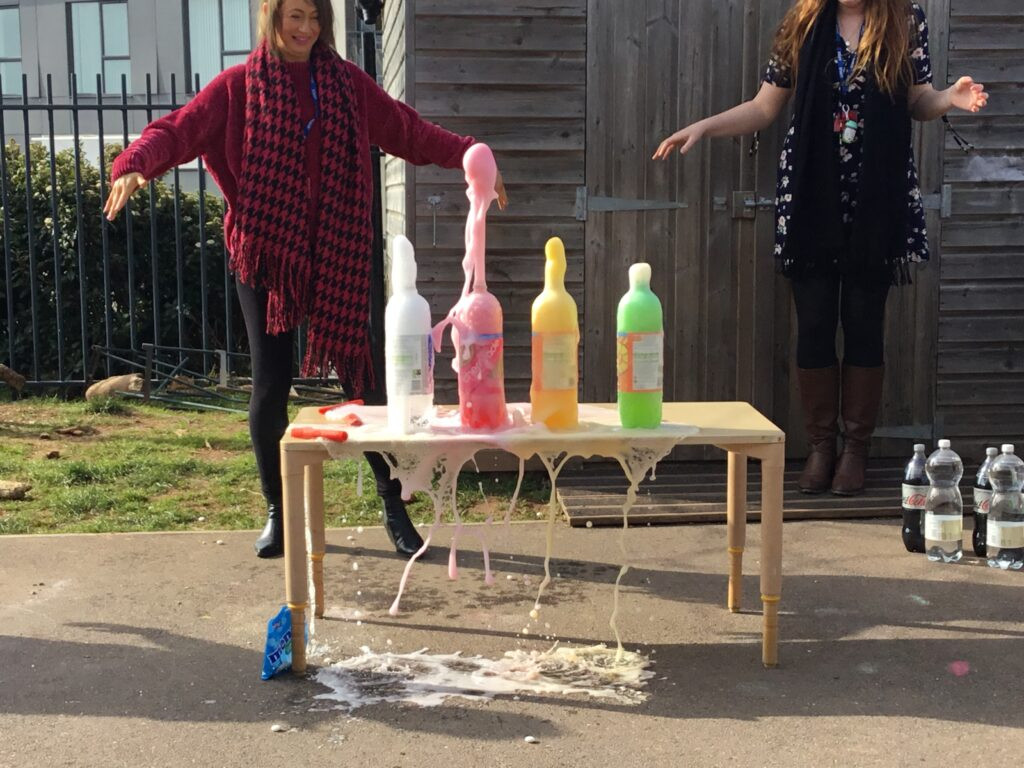 We started our week with two big questions – What is science? What is a scientist? We explored the story ‘Ada Twist Scientist’- a tale of a persistently curious young girl who constantly questions, wonders and learns about the world around her. We learnt that Ada was named after two famous female scientists -Ada Lovelace and Marie Curie so we decided learn more about these two inspirational women. Deepening our knowledge of science, we learnt about the scientific method and decided to explore this using an apple. We noticed that an apple turns brown when you cut it so we turned this into the question ‘How can we stop an apple from turning brown?’. In our experiment we covered the apple in a number of different liquids to see if they stopped into turning brown. We made observations and thought about a conclusion. For fun, our ‘wow’ moments often involved chemical reactions: the exploding sandwich bag and of course mentos and diet coke!

Straw Flutes– We made our own straw flutes by cutting part of the straw to cause it to vibrate and produce a kazoo-like sound. We investigated how the pitch changed when the straw was cut shorter.

Rocket Mice – We made our own Rocket Mice. Hitting the bottle forces the air out of the bottle and this air pushes the mouse into the air. We investigated what things affected the distance the mouse travelled, e.g. holes that the air can escape through, weight of the mouse, size of the bottle, etc…

Harry Potter potions – At Hogwarts, we have been making potions by mixing some different ingredients together to cause chemical reactions. We discussed how carbon dioxide is released to inflate the balloon.

Click here for more information about what they got up to. 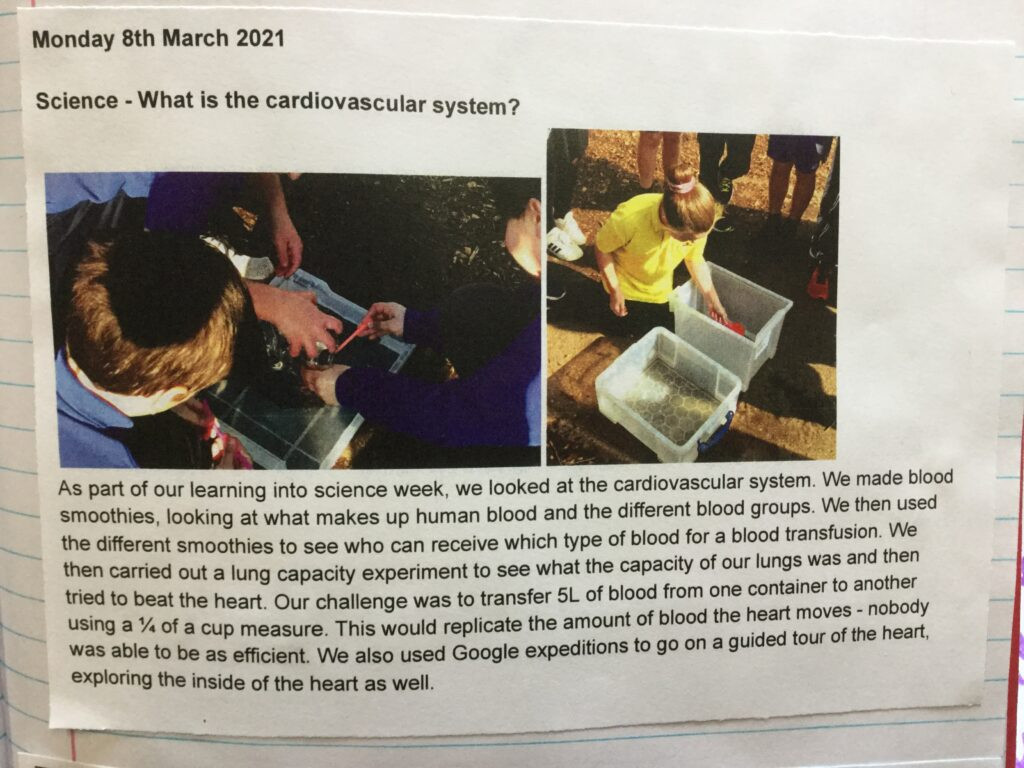 What is the cardiovascular system?

As part of our learning in science week we looked at the cardiovascular system. We made blood smoothies, looking at what makes up human blood and the different blood groups. We then used the different smoothies to see who can receive which type of blood for a blood transfusion. We then carried out a lung capacity experiment to see what the capacity of our lungs was and then tried to beat the heart. Our challenge was to transfer 5 litres of blood from one container to another using a ¼ of a cup measure. This would replicate the amount of blood the heart moves – nobody was able to be as efficient! We also used Google expeditions to go on a guided tour of the heart, exploring the inside of the heart as well.